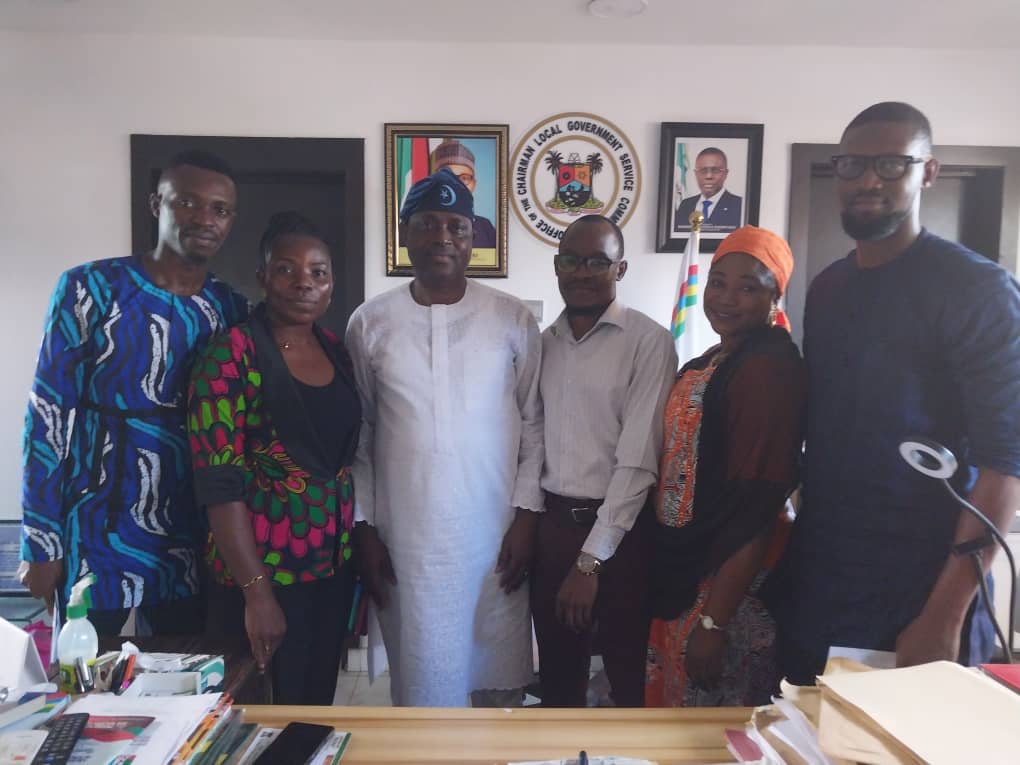 Exco Members of the Body of Computer Cadres in the Unified Local Governments of Lagos State (BCLG) paid a courtesy visit to the Chairman, LGSC Mr. Kamal Bayewu on Thursday 22nd of September, 2022.

The visit was the first one from the body since the inception of the Bayewu led LGSC administration and the creation of ICT Units in the 20 Local Governments, 37 Local Council Development Areas, and the Local Government Pension Board of the state.

The visitation avail the visiting team led by the president of the body, Mr. Ahmed Bola TIJANI alongside the Vice President 1, Mrs. Funmi Hassan; PRO, Mr. Abdulai Ahmed; Mrs. Aminat Adedoyin and Mr. Isreal Avoseh to make the five-man team which presents the opportunity to introduce the body and also share what values the new ICT Units and the body (BCLG) can add to the LGs, LCDAs and the state at large.

The meeting also covered discussions on the career progression of the newly created ICT Unit and providing solutions to the unending challenges of the LGs and LCDAs. The need for professional capacity development of ICT staff was a prominent issue discussed.

One key discussion during the visitation was the need for the ICT Unit to organize a series of training for staff of every LGs and LCDAs on Digital Literacy, Computer Appreciation, and continuous enlightenment on ICT trends, among other relevant ICT topics.

The LGSC Chairman, as a Father kindly gavel the ICT Unit Heads the opportunity to express themselves with much-listening ears and gentle responses, as they share ideas on how to uplift the status of the Unified Local Government Service digitally.

At the end of the meeting, it was reassured that the Local Government Service of Lagos state deemed it fit to key into the state government’s THEME Agenda by exploring opportunities from the fresh ICT Units for sustainable developmental effects at grassroots level of the state.